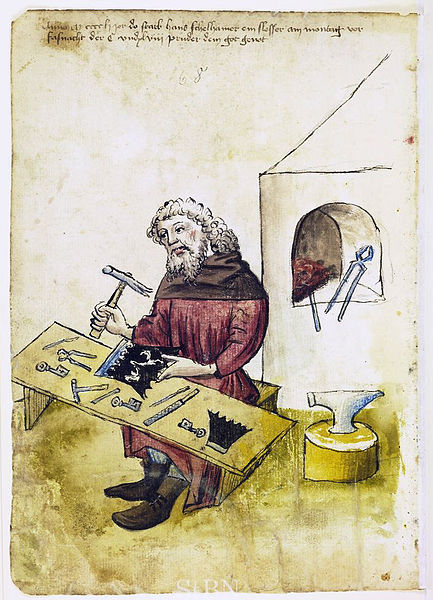 A lock can be said to be an electronic or mechanical device meant for fastening. An object of the kind of security token, RFID card, fingerprint, key card, key, or a combination releases the device. The earliest remnants of locking system had been found in the Nineveh ruins. These locks were developed in the later period into the typical Egyptian pin lock made of wood and were made up of a door fixture, bolt, and key. With the insertion of the key the pins outside the fixture got lifted outside the holes drilled in the bolt facilitating movement. With the removal of the key the pins fell in the bolt and prevented movement. Warded lock had been much popular in Western countries. An English locksmith is attributed with the making of the first lock made completely of metal.

Locksmithing has come down as a traditional and conventional trade. In most of the countries practicing the trade requires an individual to complete an apprenticeship. The degree or formal education demanded for the trade varies between countries. The requirements in some countries may include a certificate for training awarded by the employer, while in the other countries a complete diploma offered by an engineering institution may be required. Locksmiths can be institutional or mobile or commercial or investigational. Whereas the commercial locksmiths work in stores, the mobile and the investigational locksmiths work out of vehicle and forensic labs respectively. The specialization may be in one of the aspects of this skill like in automotive lock system or master key system or in working as safe technician. Some of the locksmiths may work as security consultants. However, the opposite is not the same, which means that security consultants in general do not possess the knowledge and skill of a locksmith

When locksmithing history is looked at, it may be noticed that the locksmiths were professionals responsible for constructing or repairing a complete lock that included all the constituent parts. This has become less and less common due to growth in the system of mass production that is cheap. The repair work of a large number of locks is done with like substitutes, safes with high security, and strongboxes. The work of a locksmith also includes working on door hardware that includes frame repairs, electric strikes, electronic locks, hinges, and door closers by making of keys for vehicles that are equipped with transponder and also by the implementation of the access control system.

The most important tasks in locksmithing consist in fitting and replacing of keys. A modern locksmith is involved primarily in installing lock sets of very high quality. Their profession also need them to design, implement as well as manage the keying along with the systems of key control. Frequently, the locksmith is also required to judge the level of risk toward an institution or an individual. Following this he should not just recommend but also implement appropriate equipment combinations and policies for the creation of security layer which exceeds an intruder’s reasonable gain.