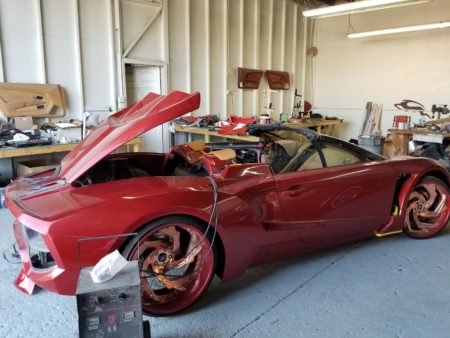 The Vaydor is a kit car that is designed to be built onto a 2003-2007 Infiniti G35 coupe donor car. It is built by Vaydor Bodykits LLC, which is based out of Pinellas Park, Florida. The Vaydor appeared in the 2013 SEMA auto show.

The Vaydor was featured as the Joker’s car in the 2016 film Suicide Squad, and was also featured on Fox News.